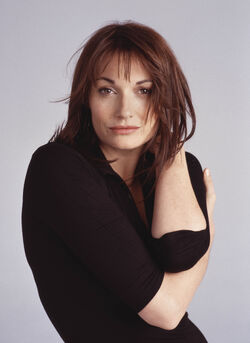 Sarah Parish (born 7th June, 1968; Yeovil, Somerset, England) is the actress who plays the role of Pasiphae in Atlantis.[1][2]

Parish is known for her work on such TV series as: Pillars of the Earth, Peak Practice, Hearts and Bones, Cutting It, Doctor Who, Mistresses, Merlin and Monroe.

Retrieved from "https://atlantis.fandom.com/wiki/Sarah_Parish?oldid=6335"
Community content is available under CC-BY-SA unless otherwise noted.